Some photos by Chris Brewer; originally published on automotiveaddicts.com Dr. Bill Coffey’s Gainesville, Florida-based white-striped blue Z beast has inspired many Datsun Z owners and tuners. It was featured in Sport Compact Car magazine in January of 2000, and then again in October of 2008 with the current trim, which was completed in 2004.
The car is frequently seen on many Florida tracks, and usually at the top of the leader board. Bill’s wins include:
And Bill was inducted into the Southeast Hill Climbing Hall of Fame in 2013.
It’s rare to see a show car turning competitive times on-track, but even more rare to see a race car win at a car show. Bill has placed in car shows at all four National Z Conventions he’s attended (including a 1st Place in the Ultra Mod category in 2015), and also participated at track events at all of them!
Bill has owned his Z car since new, and says,
“During 1970 I was teaching at Pompano Beach Junior High School. One of our older ninth-grade boys received a 1970 240Z for his 16th birthday. He was the only student at the school with a driver’s license.
“Every day, he left the parking lot with high RPMs and a cloud of dust and smoke. Nothing seemed to break on the car as he continued to rag on it day-after-day. He did go through a couple of sets of rear tires.
“I added my deposit to the growing list of potential Z car owners at Bill Daley’s Datsun dealership in Pompano Beach, FL. In March 1971, for $3800 I owned one of the first three 1971 Z cars in Broward County!”
The apples don’t fall far from the tree. Naturally, Coffey's sons Bill Jr. and Bruce have been involved in either drag racing or track events since they could own their first cars.
Bill Jr's first car was a 1969 Chevelle Malibu and Bruce had a Toyota Land Cruiser. Around 1983, the Coffey boys pulled the straight-6 out of Land Cruiser and dropped in a small block Chevy with nitrous oxide. Bruce would take it to the drag strip on the weekends, and they won plenty of street races with that Land Cruiser. Bruce's love was drag racing, and in recent years he could often be found racing his Buick Grand National on tracks all over the Southeast.
After Bill Jr's '69 Chevelle was rear-ended and totaled, he bought a 70 LS-6 Chevelle from the original owner in 1984, pulled the engine, and modified it for more drag strip and street racing. Eventually, he completed a frame-off restoration of the Chevelle and has won many awards and been featured in Super Chevy Magazine. Now Bill Jr. races the Datsun with Bill Sr. all over the Southeast.
Bruce would accompany Bill Sr. and Bill Jr. to time trials and hill climbs in which they drove the Z, but Bruce wasn't able to drive the car. It wasn’t because of a lack of skill, but due to the fact that Bruce was an active power lifter (benching well over 500 lbs.) and simply did not fit in the car! However, Bruce was the "wing man," literally. In addition to wrenching at the track, Bruce was well known for chicken wings that he skillfully prepared every year at Bill Sr.'s renowned annual garage party, which always featured several famous Z cars.
Bill Sr., Bill Jr., and Bruce all shared a love of cars and racing. Sadly, Bruce lost his valiant battle with colon cancer in August of 2013. But, his father and brother carry on the passion for the sport, cherishing the memories of all of the good times shared together.
As a 37-year veteran of the Florida’s educational system, Bill, Sr. loves to share his knowledge of the Datsun Z car. Here are some of the details of his ride:
Body: “280YZ™” body kit from ZTrix.com is 3” wider than stock on all four corners. It was installed by Harbor Auto Restoration in Rockledge, FL, and painted by Gary Burnette, and features cut-in headlight scoops and a custom airdam to match the wider fenders. It also has fiberglass bumpers added at front and rear.
Rolling Gear: The wider wheel wells required big rubber. “Hoosier Tom” Reichel of Mid-Atlantic Motorsports supplied the Hoosier R35A 23.5x11.5 racing slicks (and political advice, Bill adds), which are mounted on 16” diameter, 12” wide Complete Custom Wheels (CCWs) from John Purner in Daytona.
Suspension: Koni adjustable dampers help control 400 pounds/inch front springs, and 450 pound/inch rear springs.
Engine: With the current trend of GM LS engine swaps, it’s nice to see that Bill stuck with the Datsun L28. His actually came from a 280ZX, and features the desirable “E-31” head, a Rebello camshaft, and it sucks through three, 44 mm Mikuni carburetors.
Fuel Delivery: Dual pumps mounted inside the rear quarter panel.
Ignition: HPV-1 Electromotive crank-triggered.
Driveline: The power gets to the rear CCWs through a 280Z 5-speed transmission custom-built by Don Ahrens at Ahren’s Automotive Service in Gainesville, FL; and via a 3.90 geared R200 Datsun differential spinning Wolf Creek half-shafts.
Cooling: Aluminum radiator with electric fan.
Brakes: The binders are Wilwood on all four corners of the car.
Bill says, “I have two notebooks on my car. I can answer any and all questions concerning my Datsun.”
You can take him up on it via This email address is being protected from spambots. You need JavaScript enabled to view it. or find him on Facebook at
Just don’t ask if Bill will sell his Z car: “Not for any price! It’s a family car, and will stay with my son and co-driver, Bill, Jr.”
Vendors:
ZTrix Datsun Performance Body Panels: www.ZTrix.com
Harbor Auto Restoration: www.Harbor-Auto.com
Mid-Atlantic Motorsports: www.MidAtlanticMotorsport.com
Complete Custom Wheel: https://www.weldwheels.com/search?controller=search&s=cc+wheels
Ahren’s Auto Service: www.AhrensAuto.com 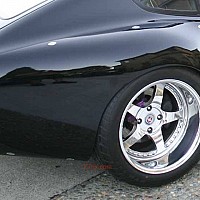 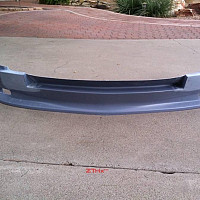